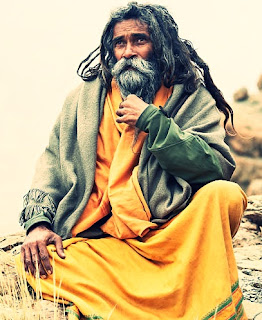 Children's stories came through a palace but a monk came and told the gatekeeper to go inside and tell the king that his brother had come.

The gatekeeper understood that he may be the king's brother in a distant relationship who is living like a saint by taking retirement!

On receiving the information, the king smiled and called the monk inside and seated himself.

The monk asked - say, Anuj *, what is your condition?

The monk said- The palace I used to live in has become old and shabby. Can collapse at any time. I had 32 servants who also went one by one. All the five queens have grown old and they no longer work…

Hearing this, the king ordered the monk to give him 10 gold coins.

Then the king said, this time there is a drought in the kingdom, you should be satisfied with this much.

The monk said - come with me across the seven seas there are gold mines. The sea will dry up when my feet fall… You have already seen the power of my feet.

Now the king ordered the monk to give him 100 gold coins.

After the sadhu left, the ministers asked with surprise, "Sorry Rajan, but as far as we know you don't have an elder brother, then why did you give this thug so much reward?"

Rajan explained, "Look, luck has two aspects." The King and the Ranka. That is why he called me brother.

By the dilapidated palace he meant his old body… 32 servants were his teeth and 5 old queens, he has 5 senses.

On the pretext of the sea, he exhorted me that my treasury dried up as soon as he placed his feet in the palace… because I was giving him only ten coins while my status is to weigh him with gold. That is why, pleased with his intelligence, I gave him a hundred coins and from tomorrow I will appoint him as my advisor.

Children, we learn from this story that a person's external complexion cannot be judged by his intelligence, so we have to just because someone has worn bad clothes or is not good to look at; Do not make wrong ideas about him.